At its September 22, 2006, meeting, the Board decided to pursue legislative changes to the fingerprint clearance card system. Between now and October 16, 2006, the Board will be accepting comments from the public about the legislative proposal.

The full legislative proposal, including a cover letter that describes the proposed changes and solicits public feedback, is available in PDF format 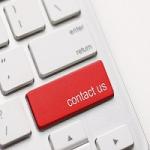